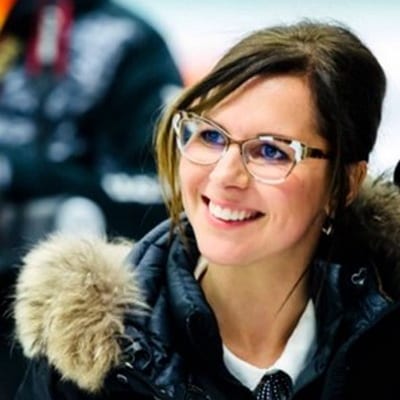 Marilyn Langlois is the only synchronized skating coach in the world to be NCCP Level 5 certified in Canada. She is a graduate and scholarship holder of the Institut National du Sport in Advanced Coaching.

As a skater, Marilyn was excellent in the singles discipline for several years before joining Les Suprêmes Senior team in 2000. She skated there for 7 seasons and was captain from 2004 to 2008. During her time with the Senior Team she won the bronze medal at the ISU World Championships in 2003.

In addition to her role with Les Suprêmes, she was also the synchro designer for Cirque du Soleil’s first show, Crystal, and she works as an international choreographer (Australia, Japan, France, Germany and USA).

Parallel to her skating career, Marilyn is a graduate of Rosemont College in Respiratory Therapy. She also worked in the operating room as a respiratory therapist for a few years. 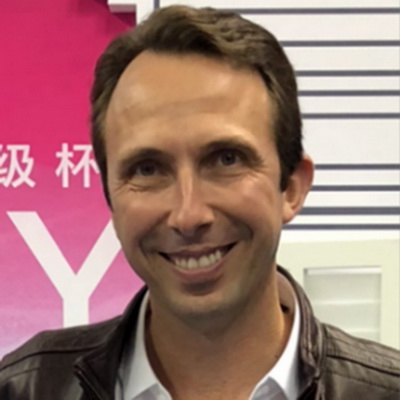 Coaching for over 27 years and internationally in dance and synchronized skating since 2006.

Choreographer and skating quality expert for several international skaters and world medalists in singles and pairs.

In synchronized skating, he has been working on the general development and choreography of the Zagreb Snowflakes teams in Croatia for the past 3 years as well as several other teams at seminars.

As a skater he has had a career of over 20 years in ice dance with 13 years at international level including 10 years on the Canadian National Team. National and international medalist in all categories. 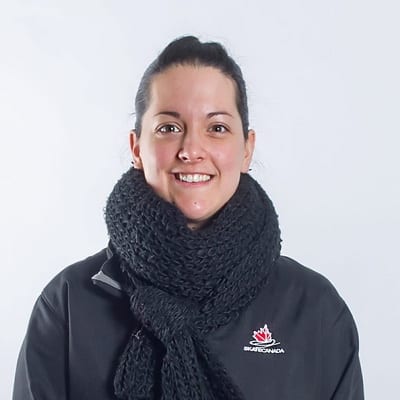 An NCCP provincial level coach, Amélie has been coaching at Les Suprêmes since 2007. She has coached our teams from Novice to Senior level.

She joined the great Les Suprêmes family in 2000 and skated for 7 years at the Senior level. She has had the opportunity to represent Canada at several international competitions and participate in 6 World Championships. The year 2003 remains a memorable year for her because she realized one of her greatest dreams which is winning a bronze medal at the World championships in her own country.

Parallel to her skating career, she obtained her Bachelor’s degree in Business Administration, specializing in Operations and Production Management at HEC Montréal. 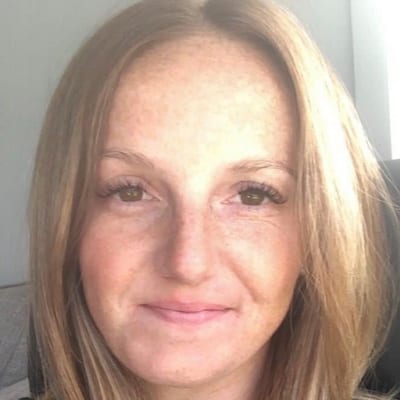 Head coach and choreographer of the Novice team and assistant coach of the Junior team.

An NCCP national level coach, Kassandra has been coaching with Les Suprêmes since 2014 as assistant coach of the Junior team and for the past 4 years as head coach of the Novice team. She also works as a choreographer for various teams in Canada. Prior to joining the coaching staff at Les Suprêmes, Kassandra also coached synchronized skating teams at the Intermediate and Open levels.

As a skater, Kassandra was a competitor in singles and pairs for several years. Member of the development team and the Quebec team for these 2 disciplines, she also represented Canada internationally in pairs before joining the Senior team, Les Suprêmes from 2005 to 2007 & from 2010 to 2012. During her years with Les Suprêmes, Kassandra participated in several international competitions as well as 3 world championships.

Parallel to her skating and coaching career, Kassandra earned a DEP as a licensed practical Nurse in 2014. She is a member of the Ordre des infirmières auxiliaries du Québec and currently offering services in vaccination. 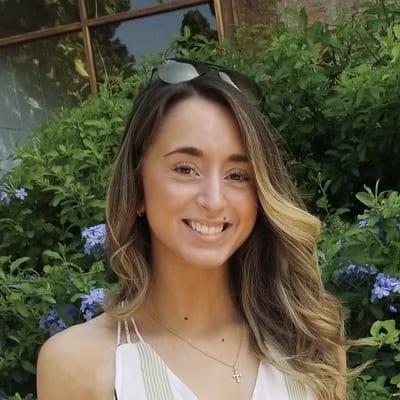 An NCCP provincial coach, Claudia has been an assistant coach with the Novice team since 2017.

Claudia has been skating with Les Suprêmes her entire career, 18 years. She started in our Elementary team and made her way up to the Senior team. She was also captain for several years. She competed at the national and international levels. She participated in several international competitions and world championships for the last 8 years before retiring from skating. .

Parallel to her skating career, Claudia successfully completed a Bachelor of Education with a specialization in teaching English as a Second Language. She currently holds a position as an English teacher in a French high school. 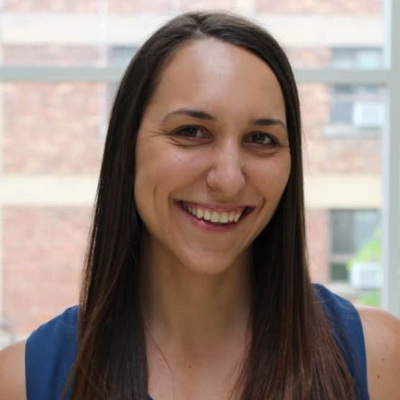 An NCCP national level coach in training, Geneviève joined the coaching staff of Les Suprêmes in 2019. She is now head coach of the Open team.

Geneviève actively participated in the creation of the team in its first year of existence in 2015-2016 under the initiative of Pascal Denis.

She began figure skating at the age of three. She had the chance to be coached by the renowned coach Manon Perron while practicing freestyle as a discipline.

She discovered synchronized skating at the age of 19 when she was a member of the McGill University figure skating team during her studies. It was during the last year of her bachelor’s degree in dietetics that she auditioned for Les Suprêmes Senior, a team she was part of in 2013-2014, 2014-2015, and 2016-2017. Parallel to her skating career with the senior team, Geneviève earned a Master’s degree in nutrition from McGill University. 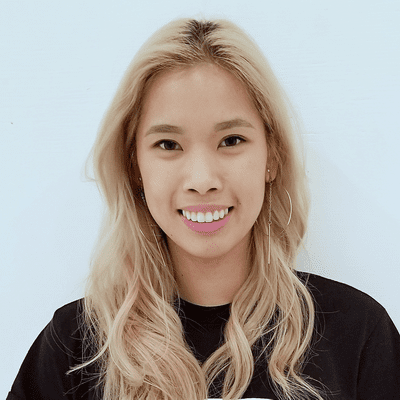 NCCP STAR regional level coach, she is working on acquiring her provincial and national levels. Since her retirement from skating, she served as an assistant for many of the teams at Les Suprêmes both on and off the ice.

In addition to her skating and coaching career, she has also successfully completed a Bachelor’s degree in Sport Science and a DEC in Respiratory Therapy. In parallel to her coaching role, she works full time at the hospital as a respiratory therapist. 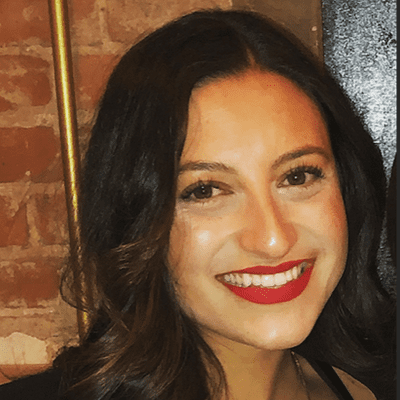 Coach since 2012 and in training for her NCCP national level, she teaches all disciplines, free skate, dance, skating skills and synchronized skating. In 2018, she was appointed as a mentor coach for her club in the development program.

Over the course of her coaching career, many of her skaters in the free skate have achieved excellent results at the provincial level. Olivia led Team Les Suprêmes Pre-Juvenile to a bronze medal at the Regional Championships in Sherbrooke and she also succeeded to stand on the podium two more times that season. Today, she is the head coach of Les Suprêmes Juvénile team and she continues to coach the Pre-Juvenile for a second season.

Olivia started figure skating at the age of 5. In 2002, she joined the Les Suprêmes Pré-Juvénile team. She has had an excellent career as a freestyle competitor for over 10 years. Olivia returned to Les Suprêmes to be part of the Senior team from 2013 until 2016. In the 2015-2016 season, the Senior Team won the title of Canadian Champion, as well as a 5thplace at the World Synchronized Skating Championship in Budapest, Hungary. 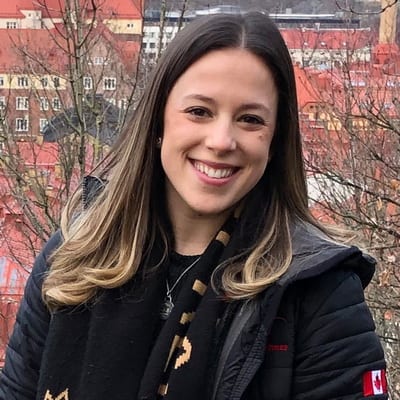 A native of Trois-Rivières, Laurie has been skating since the age of 6. She discovered synchronized skating with Les Magistralles de Trois-Rivières. In 2005, she moved to the greater Montreal area to join the Suprêmes family in the Novice category. At the same time Laurie continued her career in the free skate and performed very well at the provincial level.

This is Laurie’s 16th season with Les Suprêmes, 10 with the Senior team and 9 as captain. In 2016 and 2020 Les Suprêmes Senior won the Canadian Championships. At the International French Cup competition in 2020 the team won the Bronze medal and in 2016 the team finished 5th at the World Synchronized Skating Championships in Budapest, Hungary.

Laurie started her coaching career in 2016. For the past few years, she has been focusing more on helping skaters perfect their skating skills by giving private lessons and by working with several of the Suprêmes teams. She made her debut as a synchronized skating coach with Les Suprêmes Pré-Juvénile in the 2019-2020 season That same year, the team won the bronze medal at the Regional Championships held in Sherbrooke. In 2020, Laurie became the head coach of the Pre-Juvenile team, and continues to coach the Juvenile team as well.

Parallel to her skating and coaching career, Laurie successfully completed her Bachelor’s degree in Operations Management at UQÀM’s School of Management Sciences in 2018. In 2017, she began working at Bell Helicopter in Mirabel as a trainee. She still works there today as a Supply Chain Professional.